Casting Call for Oliver! the musical! 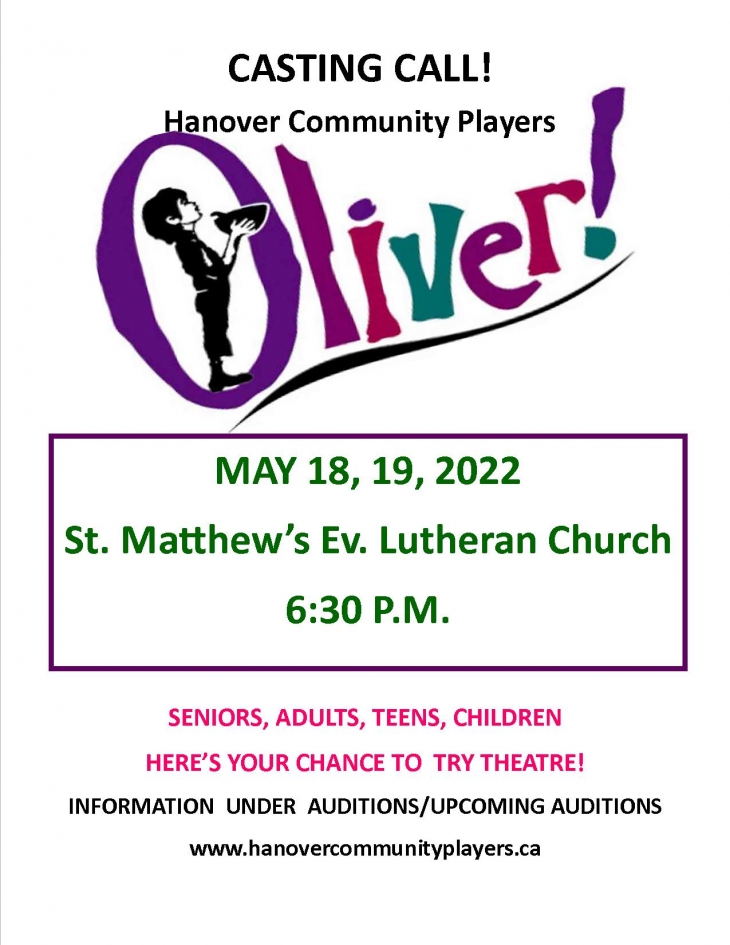 Oliver, a malnourished ophan in a workhouse, becomes the neglected apprentice of an undertaker.  He escapes to London and finds acceptance amongts a group of petty thieves and pickpockets led by the elderly Fagin.  Captured for a theft he didn't commit, a benevolent Mr. Brownlow takes him in.  Fearing the safety of his hideout, Fagin employs the sinister Bill Sykes and the sympathetic Nancy to kidnap him back, threatening Oliver's chances of discovering the true love of a family.

An award-winning musical with some of the most memorable songs and characters ever to grace the stage.

Auditions May 18th and May 19th, 6:30 p.m. at St. Matthew's Evangelical Lutheran Church.  Information on Oliver! on the website under Auditions/Upcoming Auditions

Roles for up to 30 actors - children, teens, adults and seniors.

Join us Wednesday June 1 @ 7 pm for a parks public information session at the P&H Centre. Learn more about Optimist… https://t.co/gWjoaVbCGE

Marlene is premiering at the Paramount Theatre tonight at 7:30pm! This riveting true story of one women's determina… https://t.co/YrjicDzFp2